Well, it appears that once again true people’s democracy has been subverted and the dream of a free Scotland has been thwarted, upon orders by utter cunts of the crown. To all those traitorous,  happy little slaves who voted NO, I say a hale and hearty fuck the lot of you! I will be laughing as your pimp Cameron and his central bank puppet-masters drop austerity measures on you so heavy that it breaks your bones. You see, none of you will be able to withstand it, unlike your freedom-loving fellow Scots whom acquired the skills necessary to resist and survive. Not to worry though, I'm sure they'll be there for you just as you were there for them and your country. You great fatted whores deserve everything the EU, bankers and crown have coming at you and guess what? They won't be taking any of your No votes then. You're nothing more than two-pence prostitutes who've grown so accustomed to having a pimp that you know no other way, and now fight to defend him no matter how many times he's beaten and exploited you.

With the rigged referendum, Scotland has been dragged back in heavy chains onto the crime plantation known as the UK, fronted by a hell-bitch geezer well past her expiration date and a cheap punk who protects paedophiles like he was receiving a commission for each. The semblance of a democracy in full action was deep-shadowed by agents and accomplices of the realm busy pulling every crooked stunt imaginable. The mission: Ensure that Scotland’s attempts to break free are run into the ground at all costs, and make them a stark and bitter example to any other independence-minded countries such as Sicily, Catalonia, Bavaria, Venice, etc.

What the currently compiling evidence in this referendum fraud indicates is that the following crimes were committed to secure the No votes for the British colonial powers in charge:

- Rampant voter fraud including issuing voting privileges to the dead, and children from ages 3 to 11 in reported cases.

- Blocking registered voters out by previously voting in their names. So when the parties concerned showed up to vote, they were told that they already had voted and their names were crossed off.

- Yes votes deliberately put into the No vote piles to be counted as No votes by traitorous crown accomplices working as ballot counters.

- No Exit polls conducted whatsoever to mask and further the fraud and deception. For those who may not know, Exit polls are collected by large numbers of researchers standing outside polling stations and asking tens of thousands of people how they voted. Data collected includes demographic information, such as age, gender, race or social class. The exit polls would reveal in short order, just how the people voted in real time.

- At least one case of deliberate ballot box stuffing caught on video - https://www.youtube.com/watch?v=Dr-209GEK30

For a top shelf read on the the great Scottish vote swindle of 2014 I recommend this article: Scottish Referendum Result Undoubtedly Rigged
Posted by Hei Hu Quan at Tuesday, September 23, 2014 2 comments:

A Free Scotland in Our Lifetime 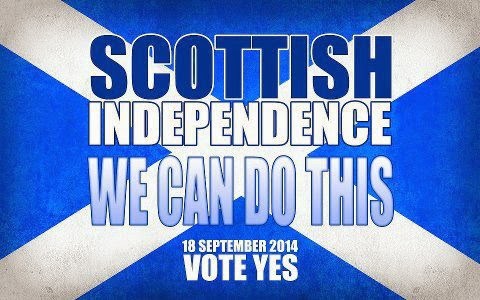 This says it all and it absolutely must happen against desperate banker and British covert machinations. This 18th, resurrect the spirit of William Wallace and honour all those who gave their lives in the struggle to make Scotland free. I've wanted to see this for as long as I can remember and the prospect has me absolutely over the moon. We must make this dream a become a reality now!

The hearts of the awakened and just world go out to your long-suffering struggle against an intractable and hosted evil. Palestine, one day soon you will realise true freedom and nation amongst the true bearers of humanity and justice. No matter the lies, the vicious, callow propaganda and vitriol, the righteous eyes of the world can truly see what is transpiring and whom the demonic, murderous parties responsible are. For we all bear witness to one of the most horrific catalogue of war crimes and the most depraved, unchecked, evil allowed to run amok in our age and there are millions who stand against it. The reign of monsters is fast failing and coming to an end as they lay exposed before all, for all of their abominations and agendas. To begin the journey to victory, all you have to do is awaken, educate yourself, resist and fully terminate your compliance.

If anyone at all has any trouble believing that the Israeli Zionist regime is incapable of savage, campaigns of ultra-violence and unprovoked brutality, just view the video below. Witness what they do to an outspoken Jewish lad who stands against Nazism rebranded with a Star of David sigil.


You don't know how hard I've restrained myself from cursing out these morally defective demons in this post and subsequent replies. The war crimes I've witnessed during this blatantly genocidal campaign are amongst the worst I've witnessed in quite a while, barring Syria and the Ukraine and a dozen other countries targeted by western military and intelligence. The difference in this UN sanctioned abomination, is that they are deliberately murdering civilians, going after hospitals and the critical infrastructure of occupied Palestine. This is the very definition of international war crimes and genocide.

This time however, there is considerable blowback as the UN has been exposed badly as the globalist joke they are and whatever remaining illusion of credibility they traded in has been spent in a flash. ANYONE supporting this outrage and gutter-stooping to defend these psychotic, blood-lusting, Zionist freaks is an accomplice to war crimes full stop. If people are willing to call Nazis to task for their banker and west-backed "field tests", yet fail to do the exact same to these scum in absolute, then any international laws against genocide and war crimes are a bloody farce. It is becoming clear that Israel has lost their desperate gambit on so many levels and hopefully this time it is unrecoverable. Their zeal for wholesale butchery has made a shambles of their failing economy, and to the just people of the world, they are a pack of infanticidal serial killers. Slavering psychopaths exclaiming gibberish justifications that not even a hardcore monster like Dick Cheney would dare publicly voice.

If this real-time horror spectacle has taught us one thing, it has revealed before all — the supporters, accomplices and proud backers of this hell. From the ever-complicit media propaganda mills to the Zionist-tethered, self-appointed leaders, they all lay exposed before the world and we will NEVER forget their frivolous affectations nor monstrous inhumanity. All about the world collective millions of citizens (but more aptly - hostages) have voiced their outrage and condemnation trying to rouse the international legal bodies to do their fucking job and arrest this rampant brutality in earnest. Alas, they too are discovering that these entities are compromised and suckling under the belt buckle of Israel and its criminal Zionist agenda. Much like the archetypical three monkeys, they have been ordered to hear nothing, to see nothing and to say nothing.

Israel's rabid behaviour has made them international pariahs and no amount of hollow wolf cries of anti-Semite will extricate them from this. For these false-pretenders are in fact the true anti-Semites of the world in its most literal sense (those confused need only review the dictionary definition of the term). From the craven bastards who gleefully set up chairs overlooking the bombing and wanton murders of Palestinian civilians to the hordes of soul-deprived apologists, I can honestly and unreservedly say that I've never seen more patently wicked individuals infesting our human race. Stand down Nazis, your title as "most evil" has been supplanted by a new heir to the throne.

To those who wish to put names to the victims of the Israeli slaughter, please visit Aangirfan's site and their phenomenal job of compiling a growing list of Palestinians murdered.

Pay your respects here: The Victims of Gaza: A List of 627 Palestinians Killed

Here's also a remarkably cognizant and candid article that should have occurred long ago. It's by Benjamin Silverman imploring the Jewish community taking a stand on the right side of history and oppose Israel's criminal enterprise and submission to Zionism: http://mondoweiss.net/2014/08/american-community-zionism.html 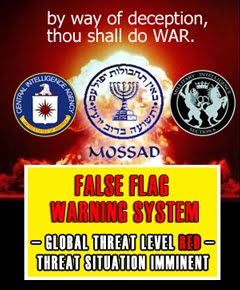